Sonar Basics
How does Sonar work

What is a Sonar?

A Sonar is a device that uses sound waves to detect objects. In the fishing industry, a Sonar is used to detect fish, structure, and the seafloor around the vessel, while a fish finder detects these objects directly under the vessel. A Sonar detects these objects by emitting ultrasonic waves into the sea and detecting the reflected echoes. The Sonar can detect and display the distribution, density, and movement of a school of fish at an angle of 360° or 180° in all directions. In Japan, the system is used on a variety of large and medium-sized fishing vessels, such as purse seiners, bonito ships etc. In Northern Europe, Sonars are very popular with trawlers. In recent years, miniaturised general-purpose Sonars are now being installed on smaller fishing boats and pleasure boats as well. 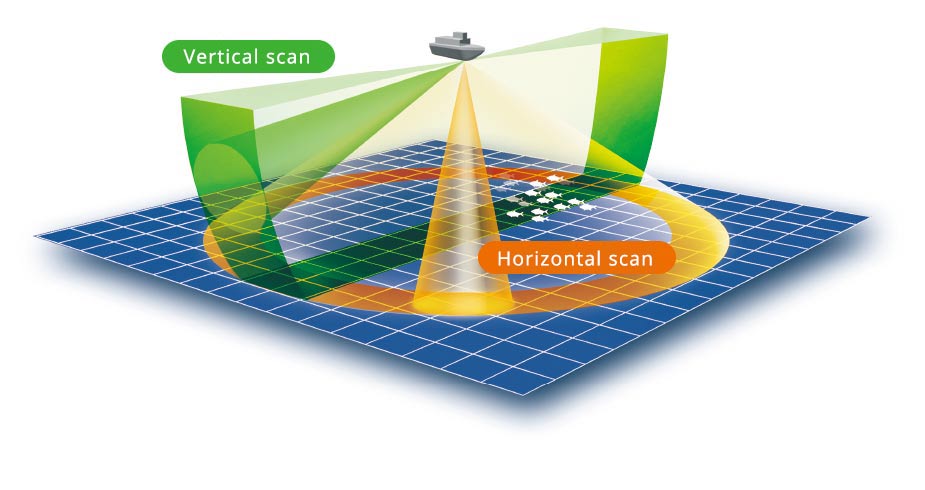 The searchlight Sonar is designed to display underwater information in a 360 degree view around the vessel. The Sonar can display information such as schools of fish and sea currents in a 360-degree view around the vessel by constantly rotating the sensor. It's just like using a flashlight to search for something near your boat. It is often installed on small fishing boats and in recent years it has been increasingly used on recreational boats.

The Sonar is usually represented on the screen as a point at the center (the boat), surrounded by echoes in a circle around the ship.
Searchlight Sonar sends ultrasonic waves from the transducer (sensor) to the seabed, where the echoes are reflected back to the transducer.
The angle of the sensor then shifts as the next ultrasonic wave is transmitted. As soon as the ultrasonic waves are sent, the Sonar immediately switches to the receiving state and listen for the returning ultrasonic echoes.

The searchlight Sonar has a detection range of 6 degrees. By emitting ultrasound and then rotating the beam sequentially, it can detect schools of fish with fairly good precision. Because of the very narrow detection angle, it takes time for the sensor to make a full rotation, and as the boat is moving, some areas might stay undetected.

While the overall detection speed is slow, the miniaturisation of the sensor part makes it possible to install Searchlight Sonars on small boats. 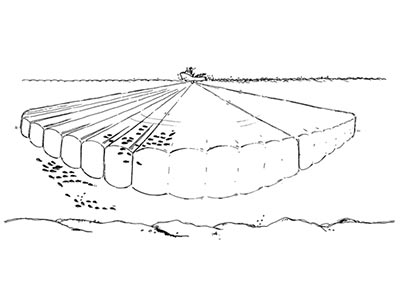 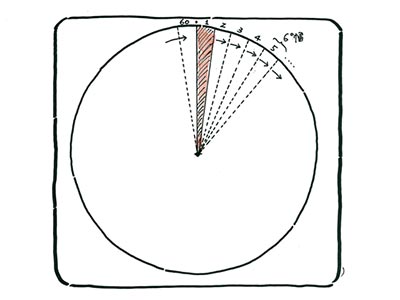 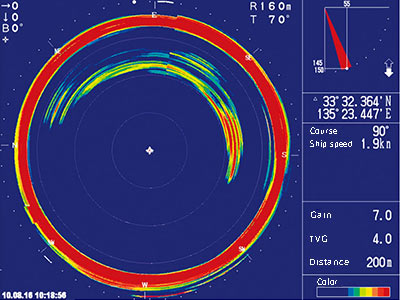 The scanning Sonar emits ultrasonic waves all around the ship for 360 degrees simultaneously and can detect and display the returning echoes instantly.
The detection speed is much faster than that of the scanning Sonar, and all the surroundings can be detected instantly. You can detect and evaluate the movements of fish swimming at high speed in the sea, such as bonito and tuna.

The system fires ultrasonic waves in all directions around the ship in a single burst, and can instantly detect and display everything around the ship. 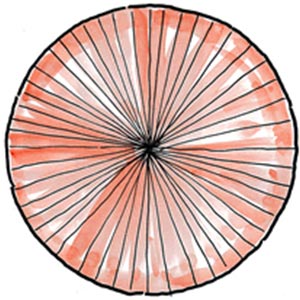 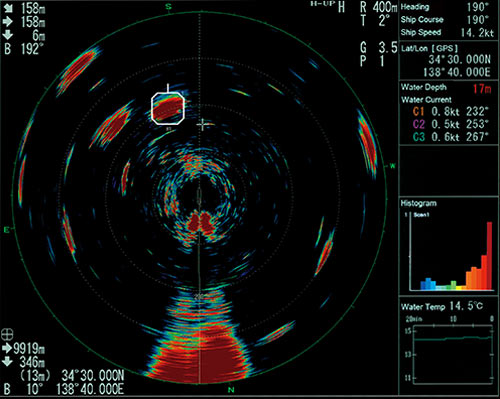 Sensors installed on the bottom of the ship use ultrasonic waves to instantaneously search a 180 degree area under the ship. 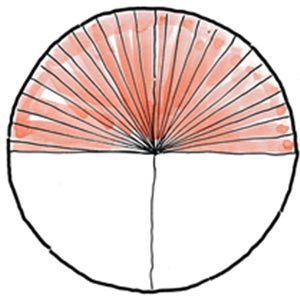 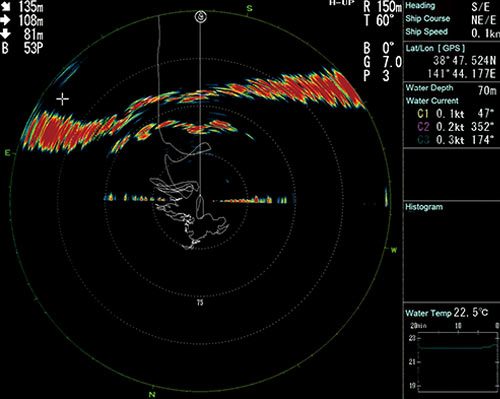 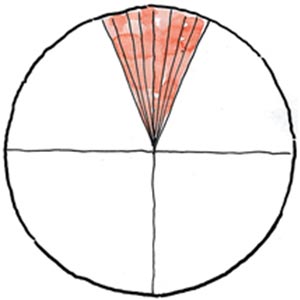 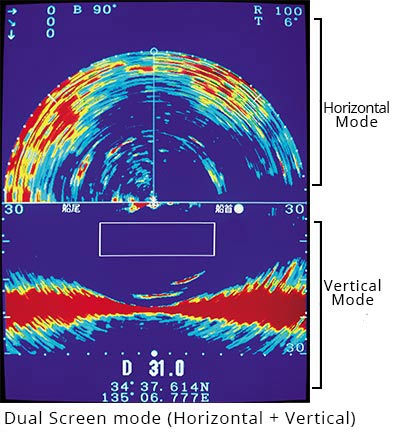 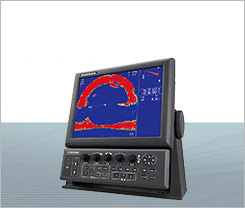