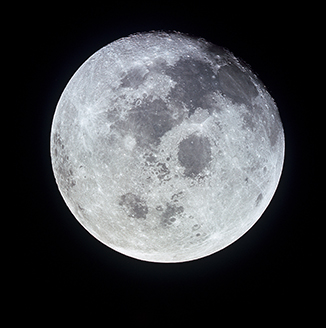 The bright streaks of light radiating from the center of the crater are crater rays. These are said to be the result of the widespread dispersal of the ejecta from the impact. They indicate the magnitude of the impact.
Photo: Full Moon Photographed from Apollo 11, NASA

If you look through binoculars at the surface of the Moon, you can see many craters. In addition to large craters named after famous astronomers such as Tycho, Kepler, and Copernicus, there are many small and medium-sized craters observed by lunar explorers, and even micro-craters identified by microscopic observation of samples brought back to Earth. Craters are formed by meteorite impacts, with small craters being created by small meteorites and large craters being created by large meteorites. There is a mathematical relationship between the size and number of craters, and large craters are evidence that giant meteorite impacts have indeed occurred, albeit less frequently.

What is a solar flare? 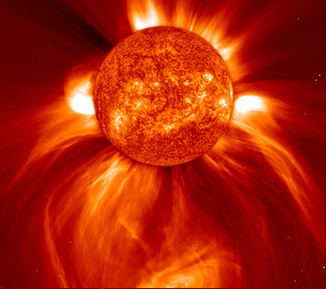 Images taken by LASCO, a special camera developed by ESA (European Space Agency) for taking coronal images, were superimposed on images of the Sunsphere taken on a different day.
Photo: ESA and NASA's SOHO Mission https://soho.nascom.nasa.gov/home.html

Although pointing your binoculars at the Sun is very dangerous, solar telescopes and solar satellites have made it possible to observe eruptions that occur on the surface of the Sun. These eruptions are called "solar flares," and include massive "superflares" that can affect our lives.
In April of this year, a group of experts from the Japanese Government released a report on the potential impact of the kind of superflare that may occur once in a century.
The report outlined the worst-case scenario, in which there could be "intermittent disruption of wireless communications for up to two weeks," and was widely covered by the media.
As the large craters on the Moon show, superflares are rare, but can happen. At the very least, we need to be mentally prepared for one.

Let's look at the impact on social life described in this scenario. The first impact of a solar flare is due to the powerful electromagnetic waves striking the Earth.
Some media outlets said that these waves would strike "about eight minutes after the flare occurs." However, this only indicates the speed of light and distance to the Sun. It is impossible to know when they will strike in advance. By the time we detect a large explosion, electromagnetic waves have already arrived.

The electromagnetic waves can affect electric power networks. Specifically, they can trigger anomalous induced currents that are generated by power transmission facilities acting as antennas. The power grid is equipped with a system that constantly monitors the power supply frequency (50Hz/60Hz in Japan).

In the event of an anomaly, the overall supply and demand are balanced, even if this means cutting off some part of the network. The circuit breaker in a home operates on a different principle, but the purpose is the same: Isolate some parts to keep the entire system safe. The abnormal currents generated in the power grid due to the sun's electromagnetic radiation are very small compared to the original currents. However, the report points out, a superflare could cause malfunctions the network protection system and may cause a major power outage.

During a superflare, high-energy particles accelerated up to one-third of the speed of light (about 100,000km/s) may be produced in the vicinity of the Sun. These are called Solar energetic particles (SEP).

It takes the SEP anywhere from tens of minutes to several hours to reach the Earth.
On the Earth's surface, which is protected by our atmosphere, radiation levels are only temporarily elevated. But in space, where there is no protection, the effects can be more severe.
When the largest solar flare in recorded history occurred in 2003, Hayabusa, Japan's asteroid probe (not to be confused with Hayabusa2, a successor probe launched in 2010), was just cruising through interplanetary orbit. This direct hit probably caused a bit-flip error in its electronic circuit, called a single-event upset. While that type of error is recoverable, the solar panels suffered irreversible performance degradation.

Hayabusa was equipped with an ion engine that converted the electric power generated by the solar cells into propulsion. The loss of electric power from the damaged panels limited the subsequent operation of the spacecraft. This was the first in a series of challenges overcome by Hayabusa, which succeeded in recovering samples from an asteroid despite the damage.
Generally, when a solar flare occurs, the solar panels facing the sun are rotated 90 degrees to reduce the exposed area as much as possible. In the International Space Station, extra-vehicular activities will be suspended and astronauts will move to a module with thicker walls to avoid radiation.
A number of solar observation satellites are in place to detect abnormal radiation, and to prepare for them to some extent.

Following the electromagnetic waves and radiation, the last element of a flare to strike the Earth is the corona. The solar corona is radial gas stream visible around the periphery of the Sun. It is visible from Earth only during a total solar eclipse, and consists of a layer of plasma with temperatures exceeding one million degrees Celsius. The word "Coronavirus" comes from the same origin.
During a solar flare, a mass of plasma is ejected from this corona and shoots out into space at a speed of tens to thousands of kilometers per second. This phenomenon is called a coronal mass ejection (CME).

The effect is like a bonfire exploding, and a problem arises when the Earth is in the path of the sparks. The upper layer of our atmosphere, which is the boundary between the Earth and outer space, is called the ionosphere, where atmospheric molecules are ionized by solar radiation energy and drift as plasma. It is well known that the state of the ionosphere affects radio propagation, and if a CME impacts the ionosphere, radio communications will be disrupted.
In the worst-case scenario presented in the above-mentioned report, "shortwave band communications will be unavailable," "disaster prevention and administrative radio services will be intermittently unavailable during the daytime," and "cell phone service will be interrupted for several hours during the daytime," among other effects on communications. The media reports emphasized the duration of the superflare as "about two weeks," but this scenario was based on the assumption that the size and duration of the superflare would be about two weeks, and the actual period could be shorter or longer.

In any case, a superflare of this magnitude could have a serious impact on the very foundations of modern society, and we need to start thinking about how to prepare for it, the report notes.

Prevention is impossible, so we need a reliable and quick recovery

Many systems rely heavily on global navigation satellite system (GNSS) time synchronization. Systems like power grids, digital broadcasting, and cellular phone networks are mentioned in the report.
Once an incident occurs, these systems will suffer the double impact of anomalous propagation and degraded time accuracy, threatening daily life in our society.
What kind of approaches are available to minimize the impact and recover as quickly as possible? For example, with hard disk drives even though a certain probability of failure is inevitable, the impact can be minimized by frequent backups. Is such an approach possible for superflares?

Let's consider one possible solution.
Creatures living on the bottom of the sea can tell what is happening on the surface of the water by the shimmering of light reaching the bottom, such as "It is quiet today" or "There are waves today." Similarly, we can visualize waves propagating through the ionosphere by looking at radio waves coming from GNSS.

In the past, experts observed changes of the ionosphere caused by the Great East Japan Earthquake by analyzing data from GNSS observing stations all over Japan. They obtained an image similar to the ripples spreading from a stone falling into a pond.
The effects of CMEs that hit the Earth occur mostly on the Sun-facing side of the Earth, that is, during the daytime. Nighttime is not without impact, but it should be quieter than daytime. Therefore, a possible strategy would be to use the time obtained during the quiet nighttime hours as a foothold for sequentially restoring the systems affected by the daytime disruptions. Since the communication network is in disarray, we cannot rely on others. The GNSS receiver itself needs to be able to evaluate the reliability of the signal for each positioning satellite and obtain a time that is reasonably reliable. 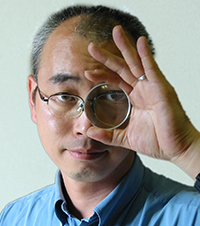 Born in Ishikawa Prefecture in 1964. Based on his experience in covering industrial technology, cutting-edge technology, and space development, he is passionate about unraveling and conveying difficult topics in an interesting way to people of all ages, from children to senior citizens. From 2009 to 2014, he was a member of the editorial board of "JAXA's," the official magazine of the Japan Aerospace Exploration Agency. Author and co-author of the following books: 『あなたにもミエル化？ ～世間のなりたちを工学の視点から～』（幻冬舎mc）、『私たちの「はやぶさ」その時管制室で、彼らは何を思い、どう動いたか』（毎日新聞社）、『東京大学第二工学部70周年記念誌 工学の曙を支えた技術者達』（東京大学生産技術研究所） etc.,

* All registered trademarks used herein are the property of their respective owners. 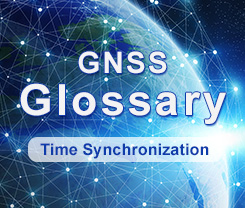 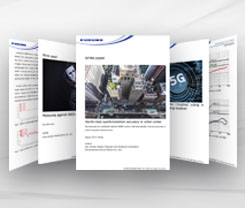 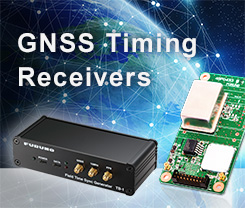