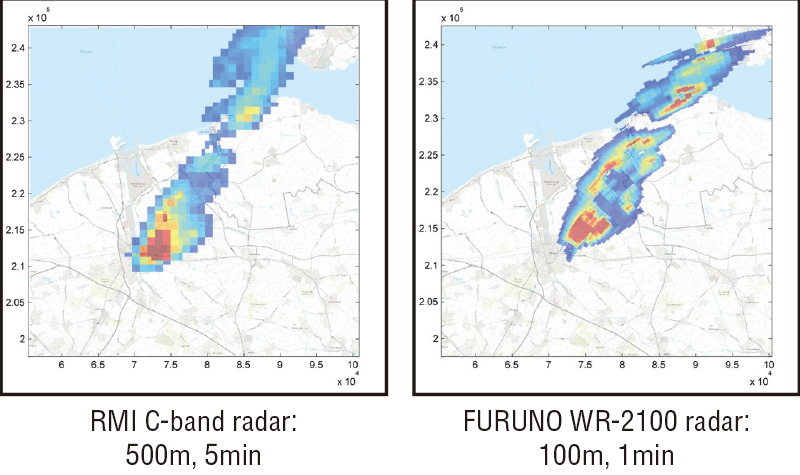 WR-2100 radar on roof Artevelde High School at Gent(extreme summer thunderstorm of 5 June 2015)
X-band signals are more sensitive to rain drop fluctuation than the C-band. On the WR-2100 side, there are some strong small-scale storm cells detected by the X-band but not the C-band. So for that area, X-band data may actually provide better estimates.

In both projects, X-band radar technology is considered as central new technology for improved fine-scale rainfall estimation and real-time forecasting. Two FURUNO's low cost X-band radars are currently recording the first extreme rain storms. The data for these storms are applied to study the spatial and temporal variability at high resolution for urban hydrological applications. They also are used to test the added value of the X-band based high resolution rainfall measurements when merged with rainfall data from the available rain gauges and the national C-band radars. This will enhance the rainfall input to two-dimensional sewer inundation modelling, probabilistic nowcasting and warning for urban floods.