The GNSS receiver measures the transit time of signals sent by the GNSS satellites and calculates its position from the distances between the receiver and the satellites.

When the GNSS receiver antenna is not receiving directly the satellite signals but reflections of these signals, a position error may occur since the computation of the distances between the receiver and the satellites may be biased.

The use of the Advanced Multipath Mitigation function allows FURUNO's GNSS receiver chips and modules to mitigate position errors caused by the reception of the reflected signals.

The Advanced Multipath Mitigation function allows the receiver to distinguish directly received signals from reflected signals and processes them all to compute accurate positions and provide precise ground tracking. 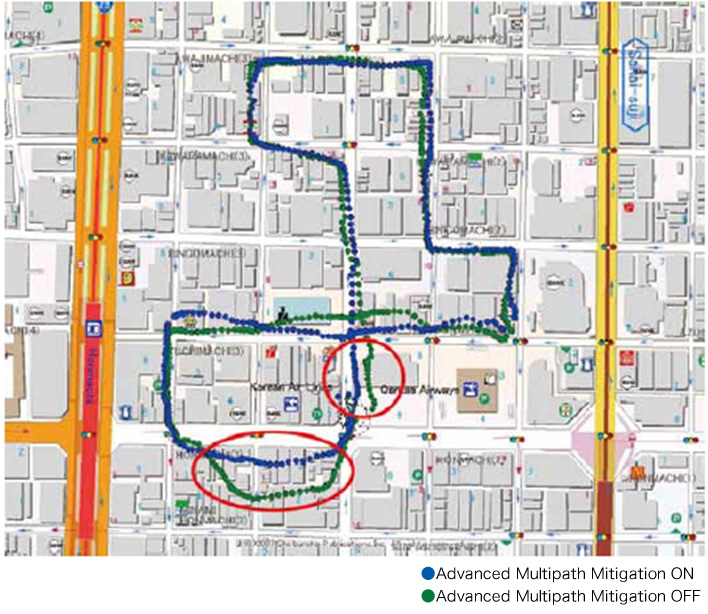