When the GNSS timing receiver is affected by noise, it leads to deterioration in accuracy and output failure of the time information and the time pulse(1PPS: Pulse Per Sec).
Anti-jamming performance is very important in systems requiring time and timing synchronization, such as the time synchronization between networks and time stamping of servers, social infrastructure applications such as mobile base stations and smart grids which is needed a high stability.

The testing setup is described as below. GNSS signal with noise goes into timing receivers and they output 1PPS respectively.
The accuracy of 1PPS output signals are measured for evaluation. One is FURUNO Multi-GNSS timing receiver GT-87 and the other one is a conventional GPS timing receiver, which is without anti-jamming function. This will show the benefit of adding FURUNO anti-jamming function.
Noise is FM wave modulation so that it has a bandwidth. Power level of the noise has been gradually increased from the initial setting of -95dBm while measuring these accuracy. 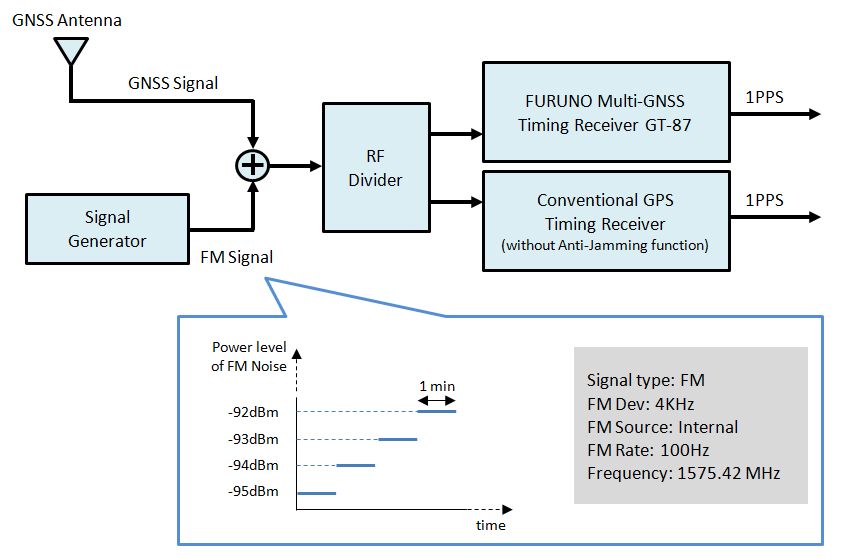 Test results are shown as below. Conventional GPS timing receiver started showing its decreased accuracy at -80dBm. and it was stopped after -76dBm, which was caused by the loss of GPS signals. In the meantime, FURUNO Multi-GNSS timing receiver GT-87 kept outputting highly accurate 1PPS instead.
This test shows that FURUNO Multi-GNSS timing receiver can stay stable enough to output 1PPS even under harsh environments. Noise contained in the GNSS signal was successfully detected and reduced to keep receiver's performance in good condition. This test was conducted in GPS's bandwidth, but anti-jamming function is also effective in GLONASS's bandwidth. 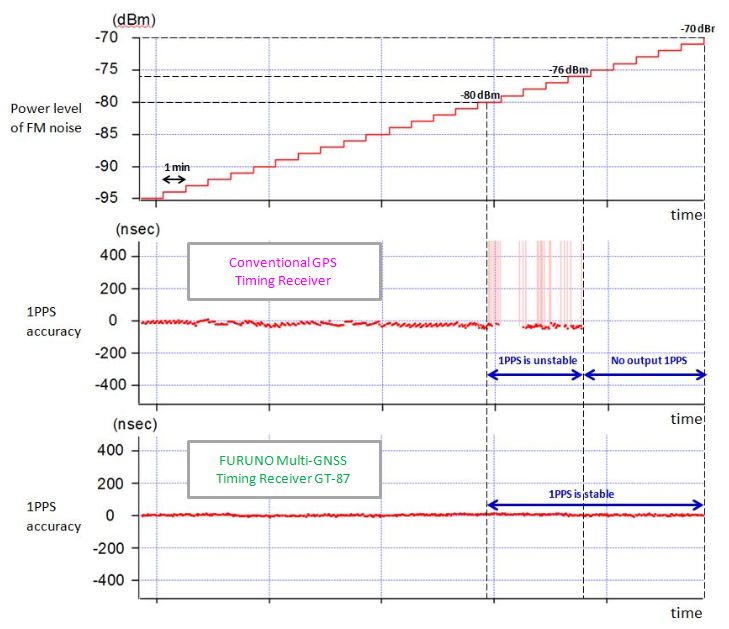