Articles for ITS market Many Firsts! On-Site Report from Tokyo Auto Salon 2022
- The author, who knows what goes on behind the scenes, looks back on 40 years of history. - 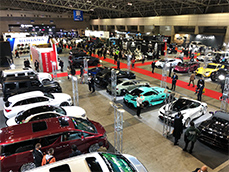 A view of the Tokyo Auto Salon venue. Photo by the author.

Held on site for the first time in two years

Last year's Tokyo Auto Salon was held virtually online due to the COVID19, but for the first time in two years, the in-person event was held in Makuhari Messe, in Chiba Prefecture.
According to the organizers, the first day of the event, January 14was the business day and open to the press. It drew 24,934 visitors, and the total number of visitors for all three days including January 15 and 16, which were open to the public was 126,869.
With the cancellation of the Tokyo Motor Show, scheduled to be held in the fall of 2021, this was one of the largest automobile-related events in recent times held in Japan.

Tokyo Auto Salon is held by a single automotive publisher, and its rating differs greatly from the Tokyo Motor Show, led by the Japan Automobile Manufacturers Association (JAMA), which includes all automakers as members.
However, since the beginning of the 2010s, the number of exhibitors and visitors to large-scale motor shows held in Paris, France; Frankfurt, Germany; Geneva, Switzerland; Detroit and New York, U.S., and other cities around the world have been on a downward trend.

Under these circumstances, the SEMA Show in the U.S. and the Tokyo Auto Salon continue to attract a steady stream of visitors to automotive events, mainly for the aftermarket including customized and tuned cars, and automakers are continuing to exhibit at these events based on their track record. 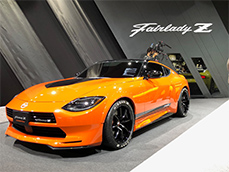 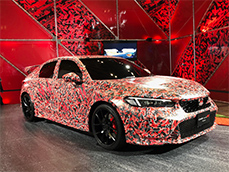 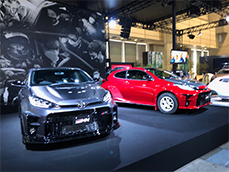 Changing the course from chaos to embracing the changing times

Looking back over the years, I have been covering motor shows and customized car shows around the world for more than 40 years, and I have seen the changes firsthand.
As for the Tokyo Auto Salon in particular, I am aware of the behind-the-scenes changes that have taken place since its predecessor, the Tokyo Exciting Car Show, was launched in 1983. The various relationships between the organizer, the publisher, and the author led to the event's name change to the Tokyo Auto Salon in 1987.
To be honest, the Tokyo Exciting Car Show and Tokyo Auto Salon in the 1980s were a mess. Cars with drastically lowered ride heights gathered from all over the country, causing the Metropolitan Police Department to become very nervous.

In the 1990s, famous stores and tuning parts manufacturers appeared all over the country for engine and suspension tuning and exterior parts called aero parts. Each company transformed itself into a large-scale showroom that held negotiations with customers at the Tokyo Auto Salon for several million yen per project.
The automakers were watching the Tokyo Auto Salon from a distance, believing that this was a trend for the aftermarket and not a business area in which manufacturers should be directly involved.

This has changed dramatically since the 2000s.
In the background, there is a rapid cooling of the tuning car boom. Exhaust gas regulations and vehicle safety standards were revised, and the number of young people who preferred hard tuning as a trend decreased.
The changing times have also affected automakers. In order to add diversity to new cars, interior and exterior specifications and colors were expanded, and parts manufacturers directly affiliated with the manufacturers expanded their lineups of optional parts for new cars.

Furthermore, from the latter half of the 2000s onward, the presence of sports cars in the new car lineups of Japanese manufacturers became less and less prominent. And the number of motor sports fans declined, prompting manufacturers to use the Tokyo Auto Salon as an event to promote sports cars and motor sports.
Meanwhile, the Tokyo Motor Show has turned into an event that gives a bird's eye view of society as a whole for the new era of electrification, automated driving, Mobility as a Service (MaaS), sports cars, and customized cars have become less prominent.
From the perspective of the average user, it is natural to think that the boisterous Tokyo Auto Salon is more fun than the more serious Tokyo Motor Show. 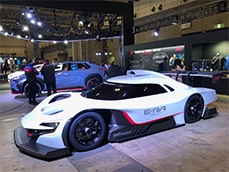 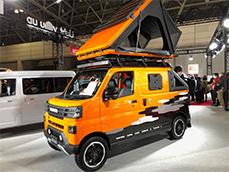 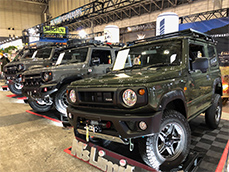 A view of the exhibition by aftermarket manufacturers related to the Suzuki Jimny. Photo by the author.

A number of firsts appeared

At the Tokyo Auto Salon 2022, manufacturers exhibited their new sports cars one after another.
The Nissan Fairlady Z was the most conspicuous model. The North American model has already been unveiled locally, but this time the right-hand drive Japanese version was shown for the first time.
The exterior design, reminiscent of the first generation (S30), attracted a great deal of interest from visitors of all ages.

Honda unveiled an almost mass-production ready prototype of the Civic Type R, and Toyota unveiled its limited release GRMN Yaris with even higher performance.
On a slightly unique note, STI (Subaru Technica International), which is in charge of Subaru's special parts development and motor sports activities, unveiled for the first time in the world the "STI E-RA CONCEPT,". An EV four-wheel drive vehicle designed for time attacks on the Nürburgring ring in Germany, known as one of the most difficult courses in the world.

In the same EV category, Mitsubishi Motors unveiled the K-EV Concept X Style, which was jointly developed with Nissan. The exterior is almost identical to the mass-produced eK Cross. It has a battery capacity of 20kWh and a cruising range of about 170km on a full charge. It is planned to go on sale early in FY2022.
As a new area of customization, and in response to the recent boom in camping cars, Daihatsu exhibited a concept model of its commercial vehicle "Atrai" equipped with a roof tent and other external parts, in addition to regular optional parts that can be used for overnight stays.
Among small and medium-sized manufacturers other than automakers, there were notable displays of customized parts for popular mass-produced vehicles with long delivery times for new vehicles, such as the Suzuki Jimny and Toyota Land Cruiser.
As I walked around the venue this time, I had the impression that it was generally quiet.

Although the shift to EVs is not as clear as for mass-produced vehicles, it is clear that the shift to EVs for mass-produced vehicles will have a significant impact on the aftermarket.
Aftermarket-related businesses are probably in the midst of carefully watching the changes worldwide and considering their "next move" in order to survive.
The Tokyo Auto Salon is now facing a new era of change.