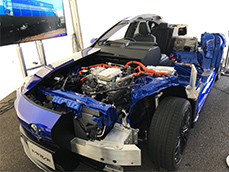 Cutting model of Toyota's MIRAI at a technical exhibit. Photo by the author. 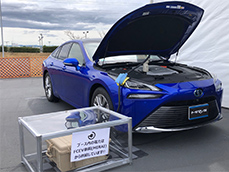 Simulated external power supply from MIRAI. Photo by the author 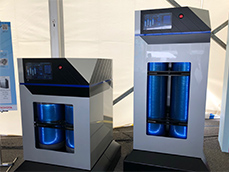 A module developed by Toyota to move and store hydrogen (concept). Photo by the author

Active EV Shift and FCV trends around the world

When will fuel cell vehicles come into widespread use?
There are probably many people in Japan who have such questions.

In recent automotive news, Toyota revised its plan to "produce 3.5 million EVs globally by 2030 in a single year" at company’s "Briefing on Battery EVs". In addition, Honda and Sony have announced that they will collaborate in EV R&D and production. Apparently, the EV shift has taken precedence and there is little room for fuel cell vehicles.

The basis for the recent shift to EVs is the "European Green Deal" from the European Commission (EC), the executive body of the European Union (EU).
The most recent policy stipulates that "by 2035, virtually 100% of new passenger cars sold in Europe will be EVs (electric vehicles) or FCVs (fuel cell vehicles).
In respect to EVs, Mercedes-Benz, BMW, Volkswagen, and Audi of Germany, center of the European automobile industry, also Volvo of Sweden, and Jaguar of the UK, which has left the EU, are aggressively introducing new EVs to the market in anticipation of the 2035 regulations.
The European Commission has begun tightening regulations on EVs with a view to incorporating ESG investments from stock market with a focus on the environment and social governance. And as a result the European auto industry has been energized to shift to EVs at a rapid pace.

On the other hand, with regard to fuel cell vehicles, despite the fact that they have been incorporated into the 2035 regulatory framework in Europe, European manufacturers seem to be moving slowly at this point.
Also in the U.S., there is CaFCP (California Fuel Cell Partnership). It is one of California's administrative agencies, in which automakers from Europe, the U.S., Japan, and Korea have been jointly participating since the early 2000s.

However, although it is said that Honda-led research and development of fuel cell vehicles is continuing, we have not heard any concrete results announced recently. Furthermore, there has been little recent news on fuel cell vehicles from Ford, which previously participated in CaFCP, or from Chrysler and Dodge, which are part of Stellantis N.V.
Let’s move to fuel cell vehicles in Japan, while Toyota is manufacturing the second generation "MIRAI," Honda has discontinued production of the "FCX Clarity," and Nissan has completely ceased to update any major R&D activities regarding to fuel cell vehicles.

In addition, South Korea's Hyundai, which has returned to the Japanese market after a 13-year absence, is set to introduce the NEXO.
Thus, for the time being, the only fuel cell-equipped passenger cars in Japan are likely to remain MIRAI and NEXO.
With such a limited model lineup of fuel cell vehicles, it is natural that some users may ask, "Will fuel cell vehicles really become popular in the future?" 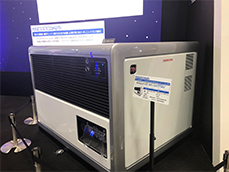 Honda's fuel cell module for commercial use. Photo by the author. 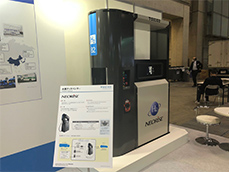 Hydrogen filling machine on display. Photo by the author.

The Future of Hydrogen Stations

Looking back at the history of fuel cell vehicles, CaFCP mentioned earlier. JHFC in Japan, etc., were active in the early 2000s as demonstration tests were conducted in collaboration with industry, academia, and government. However, the cost of vehicles and hydrogen fuel, as well as the need to develop hydrogen refueling infrastructure, the company was unable to move from the R&D phase to the full-scale mass production phase, and the so-called "valley of death" could not be crossed.

In conjunction with the launch of Toyota's first-generation "MIRAI" in late 2015, the Japanese government designated 2016 as the "First Year of Hydrogen" and took measures to further promote the ENE-FARM for home use, expand mass production of fuel cell vehicles, and build more hydrogen stations.
Six years have passed since then, and the current situation is a mixture of those that have achieved their initial goals and those that are far from achieving them.
For example, let us refer to the document entitled "Subsidy for Hydrogen Station Development Project to Promote Fuel Cell Vehicles" compiled by the Agency for Natural Resources and Energy of the Ministry of Economy, Trade and Industry in March 2021.

Under such environment, Toyota and Honda are developing fuel cell modules to promote the commercial use of fuel cells. And Toyota is participating motorsports that directly feeds hydrogen to an internal combustion engine to promote research and development of hydrogen engine.
In addition, for hydrogen storage modules, which are necessary for transporting hydrogen, Toyota is utilizing the hydrogen tanks used in the MIRAI and has shown four types of different sized concept models depending on the amount of hydrogen stored.