Exhibits of SUV and EV stand out 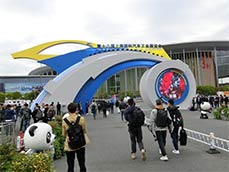 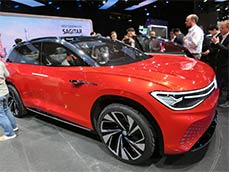 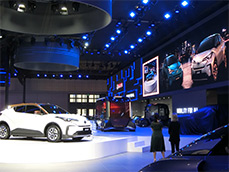 The Shanghai Motor Show (open to the public: April 18 to 25, 2019) has opened. At the large convention center near Shanghai Hongqiao International Airport, automakers from the US, Europe, Japan, Korea and China exhibited both the latest vehicles and concept models at the same time.
Motor shows in China are regularly held in big cities around the Gulf and mid-level cities on the inland. Among them, the Shanghai Motor Show and the Beijing Motor Show which are held every other year will have many of the world's premiere models.

The first thing I saw in the hall was the SUV (Sports Utility Vehicle). In recent years within China a shift has been made when selling products from sedans to SUVs with a focus on the 80's-old generation called "80 after (Ba Ling Hou)". At the beginning of the SUV shift the expectation was it would be a temporary boom, but as this show indicates the SUV shift is in full swing. It is obvious that Chinese automakers are strengthening their model lineup centered on SUVs, from large to mid-sized.
On the other hand although automakers in Europe, the US, Japan, and Korea are conscious of the SUV shift they continue their current business strategy of building and selling models in the international markets other than China.

Another thing that I saw in the hall included many displays of EV’s (Electric Vehicles).Volkswagen of Germany unveiled the "ID.ROOMZZ" and Toyota of Japan displayed the "C-HR EV" for the first time anywhere.
These movements are natural considering the policies of the Communist Party of China.
In China automobile manufacturers are required to sell a certain number of electric vehicles such as EVs and plug-in hybrid vehicles in 2019 and beyond. This is the NEV (New Energy Vehicle) regulation.

If this number cannot be achieved automakers have to pay a large penalty to the Chinese government.
These rules are based on the Zero Emission Vehicle (ZEV) regulations implemented by the California Environment Department. ZEV was developed by the China Automotive Technology & Research Center (CATARC), which corresponds to the National Automobile Research Institute of China and partnership with the California Environment Department.
As a result of this move toward mandated EV’s many models combining EV technology in SUVs have been exhibited by not only Western and Japanese automakers, but also many Chinese venture automakers. 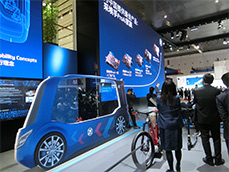 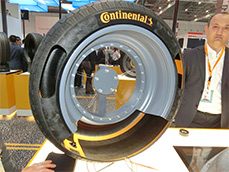 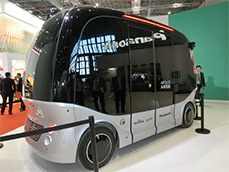 A fully automated car that Panasonic co-developed with China Baidu.

Major auto parts manufacturers in the US and Europe are also aggressively selling to the Chinese government, Chinese IT companies, and local Chinese automakers.
Specifically, Germany's ZF has been actively involved in Baidu's automated operation plan "Project Apollo" by strengthening collaboration with US semiconductor giant NVIDIA. In addition, there are cases where Continental in Germany installed sensors inside the tires to strengthen the sales promotion of technology for digitizing driving conditions of vehicles.
Panasonic in Japan has also made a technology partnership with fully automated vehicles to be used for "Project Apollo" and exhibited an experimental vehicle. 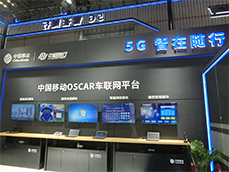 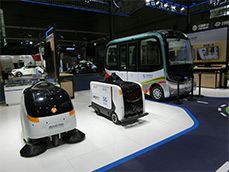 In the area of connectivity, China's telecommunications giant China Mobile displayed a fully automated home delivery robot and a small automatic cleaning car side by side.
However there was no explanation on how these various devices would be used in an operational system that used 5G.
In China the smart city concept has already been realized in several cities and it is likely that the demonstration of mobility using 5G is steadily progressing among them.