Articles for ITS market MaaS competition through service mobilization, M & A and technical field collaboration is accelerating. - The CES 2018 Report -

Changes in how CES interacts with the automotive industry

The CES (Consumer Electronics Show) in Las Vegas came and has now become the annual event for the automobile industry.
At CES the latest consumer electronics IT related manufacturers, and the recently added automobile manufacturers are drawing worldwide attention as a place to present next generation technology.

In the past as the PC (Personal Computer) became popular in the late 1990’s, about 20 years ago PC related hardware and software held the leading role at CES. In mid-year 2000 early type touch panel electronic products began to appear.
In the late 2000’s CES entered the smartphone era. Two strong companies, Google (Alphabet Inc.) and Apple succeeded PC’s with a newly created smartphone business model.

As the smartphone business progressed the relationship between car manufacturers and CES increased.
Until mid-year 2000 CES was mainly a venue for the automobile industry car audio and car navigation systems. In telecommunications General Motors (GM) had just released a new car equipped with OnStar, an in-vehicle system (Embedded System). GM thought CES as just a minor promotion venue however their opinion quickly changed with the arrival of smart phone.

Initially individuals installed a compact communication "Dongle" device at the automotive data "OBD” (on board diagnosis) terminal, which transmitted and received data using a smartphone Bluetooth connection.
Soon after direct data transmission system onboard devices for smartphone connections appeared. Among them, Apple and Google which were in a position to lead product development for smartphones. They have now established their own protocols, CarPlay and Android Auto.
In response to this AGL (Automotive Grade Linux) was created by automobile manufacturers and was an initiative launched by Toyota and the Linux Association. 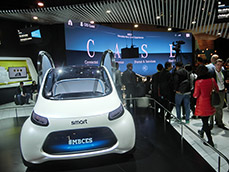 “Smart” was introduced by Daimler and Mercedes Benz. “CASE” is their more recent main business strategy. 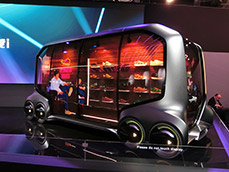 This is a concept of Toyota's automated driving EV commercial vehicle, “the e-Palette”.

Collaboration between car mounted equipment and smartphones triggered the business domain of connected cars and has quickly spread throughout the automotive industry. Speaking of connected cars, cooperation between on-board equipment, road infrastructure (V2I) and on-board devices (V2V) continues to increase at a dramatic pace. The appearance of smartphones continues to influence and change the concept of connected cars.
The mass production automated driving systems continue to be linked with the connected car business model. The driving level definition for automated driving in Europe and the US was established in 2012 and automotive manufacturers have announced achievement targets for each driving level.

In addition to the fusion of connected cars and automated driving, recently "EV shift", a business strategy by the 3 German manufacturers, Daimler, BMW, and VW has been added.
Furthermore the rapid spread of ride sharing services such as Uber and Lyft in Europe and the United States promotes the “sharing” concept as a major economic factor in the next generation automobile business. These businesses are often referred to as mobility services or MaaS (mobility as a service).
The trend is the three technical areas including connected car, automated driving, and EV continue to be connected to the business domain of MaaS and the annual CES show.

At this year’s recent CES show Daimler highlighted their business strategy "CASE" which began in September 2016. CASE is an acronym for Connected, Autonomous, Shared, Electric. However Daimler did not reveal any new MaaS business.
This is the same in US for Ford, they just kept introducing MaaS as a concept of "City planning".

Meanwhile Toyota clearly showed a MaaS mass production plan. That is "e-Palette Concept" of a commercial driving EV for commercial use. e-Palette concept is the Toyota product that combines the three technologies for connected car, EV and automated driving in one platform. In this announcement, partnership companies including Amazon, Chinese ride sharing company “Didi Chuxing Technology (Didi)”, the USA home delivery pizza company “Pizza Hut” and others will participate. Additional, increased participation with other companies are expected in the near future.

In the technical field, M & A and the Collaboration of Tier 1 is accelerating 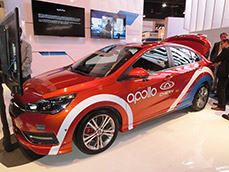 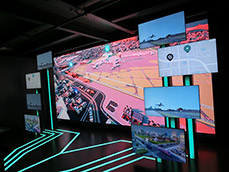 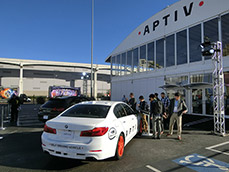 Delphi Automotive changed their name to “APTIV” and are advancing their acquisition of automated driving related companies.

MaaS competition within the automotive manufacturers continues intensifying for the future next-generation automobile business. Competition in the technical field is transitioning to the Tier 1 automotive parts manufacturers.

What attracted special attention at the CES 2018 was the automated driving project, "Project Apollo" promoted by “Baidu” a leading Chinese IT giant. NVIDIA also participated and it was also announced that Germany’s “ZF” which is a major transmission company joined.
In addition Intel has developed a system that collects image data from many traveling vehicles using a single camera and sends it to the “cloud” to generating an automated driving map. Intel emphasized plans to sell it to automotive parts manufactures.

Also using map data for automated driving, in addition to the current German 3 and Intel systems, German Bosch and German Continental will also contribute to German Here which is a major player for in-vehicle devices.
In response to this movement, Delphi, a major automotive component manufaturer has bought an automated driving start-up company “nuTonomy” and renamed Delphi Automotive to APTIV. Delphi also announced that BMW has adapted Delphi’s technology and will also collaborate with ride sharing giant Lyft.
Further industry reorganization, and advancements are expected in the technical fields including connected car, automatic operation, EV and FCV (Fuel Cell Vehicle).