Articles for ITS market When will Flying Cars be launched? 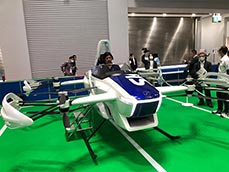 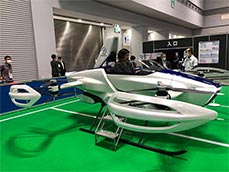 Recently, flying cars has become a hot topic in Japan. The Ministry of Economy, Trade and Industry established a council for the air mobility revolution in 2018, and "commercialization in 2023" was specified as the government's growth strategy in 2019.

SkyDrive, which is Japanese startup company, is starting to attract attention.
They founded CARTIVATOR along with about 100 members of automotive industry in 2012 and in 2014 started development of a flying car called “SkyDrive”. In 2018 they expanded their experiment bases as SkyDrive Inc. and two years later, finally succeeded flight testing the latest test model “SD-03” in Toyota city. 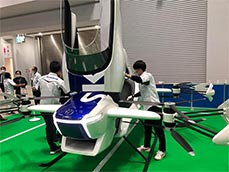 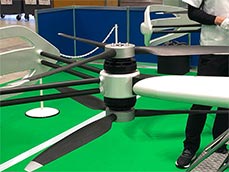 SkyDrive is powered by eight propellers driven by motors at each four corners of the aircraft.

The specifications of the proposed mass-produced model "SD-XX" has been released as an advanced version of SD-03. The maximum takeoff weight including the crew is 500 kg and it flies in the airspace up to 500 m from the ground. The maximum speed is 100 km/h with a flight time of 20 to 30 minutes.

Will these specifications be realized in 2023? In current situations, even small drones can only fly 10-15 minutes because of limited battery performance. SkyDrive answers that they are working to reduce battery weight to about 1/3 of the maximum takeoff weight. In order to achieve high performance flight with limited capacity, it is necessary to increase the density of batteries.

In recent years as mass production of EVs and plug-in hybrid vehicles has progressed worldwide, the performance of large lithium-ion batteries has improved while prices have been declining. However, if a large battery is used for flight the weight will adversely affect the flight distance. It is unclear when high-density batteries will be mass-produced.

Considering the battery situation, is it possible to hybridize with an internal combustion engine like a hybrid car? In fact, in the airplane industry, hybridization is being discussed for electrification, but it is different from vehicles.
JAXA (Japan Aerospace Exploration Agency) established the Electrification Challenge for Aircraft Consortium to achieve the national goal of reducing CO2 emission from aircraft in 2018. JAXA officials mentioned that hybridization by using biofuels and electrifying some devices is realistic. They want to shift to hydrogen fuel in the future.

Currently the opinion that full electrification of aircrafts is difficult considering the capacity and weight of the battery and motor. Is it realistic for a flying car, which is a small VTOL aircraft, to become an EV? Even with a replaceable battery pack, the flight time will be limited. 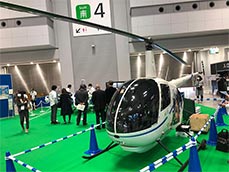 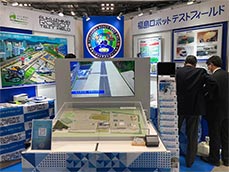 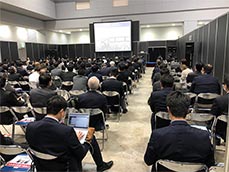 Another issue is the monetization of the business.
In the table showing implementation image of flying cars, the usage methods are categorized into three types: disaster, business, and personal. Moreover, there are other sub-categories on the list such as supplies, cargo, first aid, airport access and tourist destination access.

However, most of these items state that there are helicopter services available. Therefore, there is a possibility that the number of flying cars would not increase due to failing to differentiate from a helicopter. To answer this situation at the 2025 Osaka Expo, major airlines are planning to operate flying cars from the airport to the Expo venue. This could be a business plan for flying cars, however as is currently well known, airlines are in severe conditions due to COVID-19.

In terms of the electrification and monetization, it will be difficult for the automotive industry to achieve practical use of flying cars.
I hope that the efforts of flying car makers will be rewarding.