Articles for ITS market The beginning of virtualization era, triggered by COVID-19 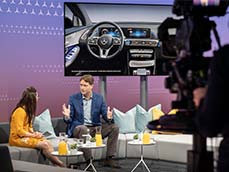 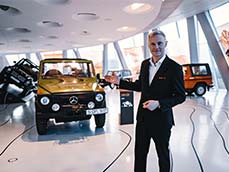 Virtual events are held in the automotive industry

The future of the automotive industry is uncertain due to COVID-19. In March 2020, the number of new car sales in China, which has the largest market, fell by 43.3% from the same month of the year before. America also has seen a 38.4% decrease, which is the 2nd largest after China. Meanwhile, there are positive topics as well. Virtual events in various fields are booming.

The virtual motor show has started. The Geneva Motor Show scheduled in March was canceled, so the organizer held an online press release instead. For example, Daimler provided a talk between an automotive journalist and a Daimler’s R＆D engineer from their headquarter studio. They have organized a virtual tour of the Mercedes-Benz Museum as well. Other manufacturers also delivered their own video presentations recorded at their own locations.

The new car announcement via the internet was also conducted in Japan. In February, Nissan’s new car “ROOX” made its debut online from their Yokohama headquarters without the press. The Nissan engineer in charge of “ROOX” introduced its design and technology.

The volume and quality of information available online was almost the same as a real-world announcement. As the scale of real-world exhibition becomes larger, it becomes very costly for automotive manufacturers. However, actual sales could not justify such large exhibits. Some manufacturers have stopped exhibiting endue to these costs. Considering these trends, it is possible to imagine that the fields for motor shows and new car announcements will increasingly move to virtual spaces. 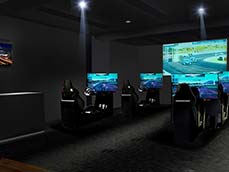 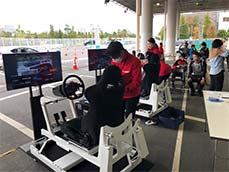 Due to the influence of COVID-19, no world-famous car races have been held worldwide. As an alternative to real racing, organizers have begun to host virtual races done by professional racers. This type of virtual car racing has established a new business. Professional racers are required to use their high skills even in virtual races.

The market of e-motor sports for consumers has been getting larger. In April, Toyota opened an e-motor studio in Japan. It is fully equipped with driving simulators which adopts Gran Turismo SPORT. In addition, online races between professional racers and general participants are broadcasted on YouTube from this studio. Online lessons by top e-motor sports players are also distributed. It is likely COVID-19 will trigger further expansion of virtualization in the automotive industry.