The US government needs to update and change their policy ? 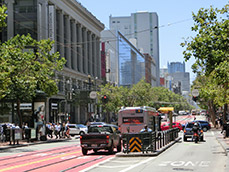 The AUVSI Automated Vehicle Symposium was held in San Francisco 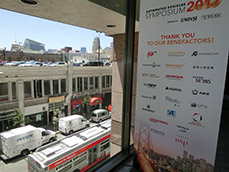 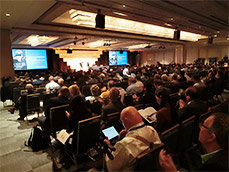 The AUVSI Automated Vehicle Symposium had 1,400 attendees, the largest ever 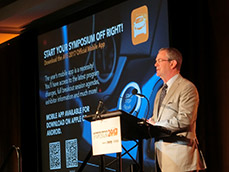 I covered the automated driving symposium organized by the Transportation Research Board, an advisory body of the US government. The official name is AUVSI Automated Vehicle Symposium 2017 (July 11 - 13, 2017, San Francisco, California, USA). AUVSI (Association for Unmanned Vehicle System International) is a nonprofit organization.

This symposium has been held annually for the past 6 years, with a record number 1,400 people participating this year. Participants' industries are automobile manufacturers, automobile parts manufacturers, IT industry, electronic equipment manufacturers, government agencies, etc. The attendees encompass countries from all over the world including the United States, Japan, China, South Korea, Taiwan, Singapore, Germany, France and Sweden.

The reason this symposium is attracting attention is because the US is the top leader in the world of autonomous law, maintenance and innovation. However, the future policy concerning automated driving laws from the US government is not clear. U.S. Officials from the administrative agencies with jurisdiction for automated driving did not attend the symposium.

In the same symposium last year, Secretary of State from the Department of Transportation (DOT) and US Highway Transit Authority (NHTSA) attended and made automated driving policy remarks on behalf of the US government. In the latter half of September 2016, two months after the symposium, the US Department of Transportation announced guidelines on automated driving. In this year’s symposium, only a member from the next-generation transport consortium representing government and private companies said "We will enact the automated driving guidelines announced last year."

Many participants said "NHTSA Secretary has currently not been appointed, after the Trump administration was established. Because of this future directions on automated driving in the United States are not currently visible".

Is the US still the leader in the automated driving ? 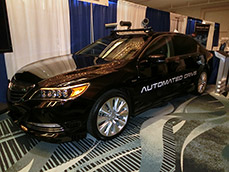 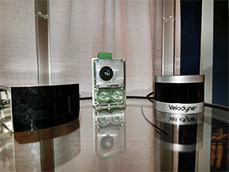 Regarding the practical application of automated driving, America has an uncertain atmosphere. Under the current situation will America still be the world leader for automated driving in the future?
The hottest topic in automobile industry now is automated driving. Automobile manufacturers have mass produced technologies such as automatic brakes, automatic door handles, etc. In addition the movement to commercialize unmanned operation called driverless centering by multiple companies is proceeding.

It is America that has led the trend of current automated driving.
When it comes to understanding the history of automated driving, it is said that General Motors (GM) has presented the idea of an "automated highway" at the New York Expo about 80 years ago. This is a concept that expressed the city structure of the future with a large-scale diorama. This futuristic highway would have been automatically driven and controlled by a traffic control center. After the Second World War, running tests of automatic operation by GM and RCA, a major electric manufacturer using real cars were carried out.

However, it is extremely difficult to make the technology for recognizing all surrounding situations small and inexpensive. That is why the hurdle to mass produced automated vehicle operations was very high.
A major change came in the 2000s. Due to the rapid development of the IT industry, semiconductors with high computing power were introduced one after another. Also miniaturization of various sensors using lasers and radars have also advanced. Furthermore, the accuracy and analysis of traveling data and positional information communications has been improved between the vehicle and the cloud.

These various IT technologies have evolved dramatically by government research institutions in the United States and major IT companies around Silicon Valley and Seattle, Washington.
In addition to the rapid evolution of technology in the United States State, governments can independently interpret the Road Traffic Law. Nevada, California and other states have actively approve automated driving on public roads for automobile manufacturers who brought in automated cars for driving tests.
With advanced technology and supporting legislation the United States and manufacturers have pulled together for practical use of automated driving.

I wonder if this trend will be stopped by the US Department of Transportation in the future. However, as you can see from NHTSA’s absence from the meetings, it is clear that the future of the traffic administration in the United States is uncertain, and this influence extends to automated driving.

The week after the symposium was held, a bill representing automated driving was passed in the US House of Representatives. This new policy from the federal government outlines public road testing and automated driving for mass production devices. In the future, the bill will be deliberated in the Senate.

While the United States continues to work on legal issues, in June Germany created an amendment for the Road Traffic Law which includes clauses on automated driving and it is one step ahead of the United States.
In response to this, Audi, a luxury brand of the VW Group, unveiled a new A8, a large sedan equipped with the automatic level 3 driving function of in early July. Level 3 refers to the vehicle control function during automatic operation without driver intervention.

It was the first time Germany has allowed Level 3 control.
The background is the "twist phenomenon" of two treaties, the Geneva Convention and the Vienna Convention, which are global agreements on the Road Traffic Act.
In the Vienna Convention, where Japan and the United States are not affiliated, amendments to the treaties took into account automatic operation have been in effect since March 2016. On the other hand, the prospects for revision to the Geneva Convention are not in place at the moment.

In Germany, in order to take the initiative on automated driving ahead of Japan and the United States, the German domestic law was revised using the Vienna treaty as a reference allowing them to realizing the image as an advanced country for automated driving.
The United States had been driving the law regulations and technical aspects of automated driving so far. It is unknown if this will continue in the future as they try to catch up to Germany.