Articles for ITS market Human-oriented smart cities are wanted

Digitalization of society must be accelerated to survive COVID-19 outbreak

However, there are a few movements for digitization actions. We are now in the early stages of rebuilding our economy. The government has begun a concrete discussion on the “GO TO Campaign”, a support policy specifically for the recovery of tourism. This specific economic recovery plan is an important priority. However, when will the discussion for the fundamentals of social digitization begin? 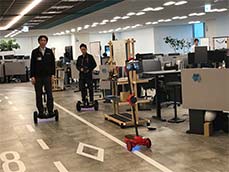 The “Smart City” project is being set up to promote the digitization of society. The government defines smart city as an "urban design that uses AI and big data to fundamentally change the ways of society". It is necessary for this project to make effective use of data which is related to our work and overall life, such as administrative procedures, energy management, telemedicine, nursing care, distance education, cashless payment, and automatic delivery.

We must be patient until society is digitalized sufficiently. Even if the government subsidy succeeds in operating in a specific region, it is difficult to accomplish this in all other areas as well. It is important for a city to re-acknowledge its own challenges and implement smart city capabilities individually. 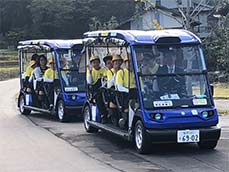 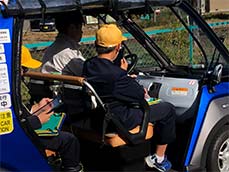 People are the protagonists. Second stage of Maas

MaaS has gained popularity as a part of the smart city culture. The Japanese government has been financially supporting MaaS projects managed by local governments and companies since last year (2019). Support will be increased and strengthened this year (2020). Last year, financial support was mainly provided for business verifications, however this year, a subsidy of 10 to 30 million yen per project will be granted for business development.

Last year's support was mostly for study of public transportation apps and payment apps using smartphones. However, the target of this year is related to demonstration experiments utilizing mobile data that will lead to the realization of smart cities.

I also act as a consultant serving Eiheiji city in Fukui prefecture, where they want to implement MaaS service locally. One of the characteristics of Eiheiji city is the high penetration ratio of cable TV. Taking advantage of this strength, we plan to establish a virtual platform for remote video communication among the residents.

Smart city and MaaS are a means of data collection and data analysis. The purpose is to improve people's life through the data digitalization. When we promote smart cites, we should consider the ideal ways for a human-oriented society.