Articles for ITS market CES organizer states "Data Period in 2020s." Transformation of the Automotive Industry in CES, US -CES2019 Report- 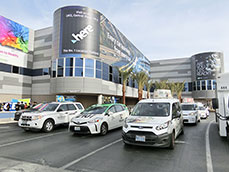 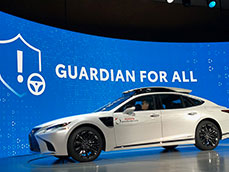 "The beginning of the year is CES."
In recent years this phrase has become synonymous with parties in the automotive industry. In this series, over the past three years we have delivered a local report of the CES (Consumer Electronics Show).

Toyota attracted the most attention in the automotive sector. To date Toyota has advocated "Guardian" and "Chauffeur" as its approach to automated driving. The former is traveling while riding in the driver's seat and the latter promotes passengers freely moving around the vehicle in fully automated driving conditions.

The general interpretation of automated driving is that indicated by the SAE (Society of Automotive Engineers). Broadly speaking Toyota's "Guardians" seem to be at Level 3 and its "Chauffeur" is at Level 4 and above. At the press conference however, Dr. Gill Pratt who is the Toyota Executive Technical Advisor and president of the Toyota Research Institute claimed that the "SAE-level thinking and our thoughts are quite different.".
In addition Toyota decided to open-source the "Guardian" concept as an algorithm or software for installing on mass-produced vehicles.

In addition manufacturers that have been leading the world in the mass production of automated driving technologies such as Audi and Volvo have moved to modify the timing of the introduction of Level 3 social implementations. The reason for this is that current laws and regulations are not progressing and they actually do not match the current social situation. 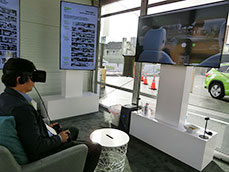 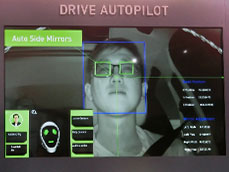 Under these circumstances this "use case" was emphasized at the CES exhibition by a leading Tier 1 automotive parts company. When automated driving is widely used in public it is necessary to clarify the specific applications in automated driving.
This sounds quite natural but in the automotive industry there are many cases in which technology progresses at different rates making it difficult to establish a so-called reference case strategy.

As a specific example, Valeo of France proposed a use case scenario for rear seat riding using VR (virtual reality). At a temporary facility outside the CES venue I was able to feel a simulation of being in the rear seat of a vehicle, actually traveling. For example, an elderly mother living alone in rural areas drives with their urban sons' family. Until now these ideas have existed as only a desktop theory. However when you wear special equipment and experience the video programs you feel part of a social atmosphere rather than just a simulation.

In addition NVIDIA, a major U.S. semiconductor company announced a mass-produced automated driving system with better than level 2 precision. The safety in automated driving was enhanced by monitoring the facial expression of the driver during driving, etc. only after obtaining Level 2 operation.

The 2020s are the "data period." Use data from the automobile industry will grow throughout society 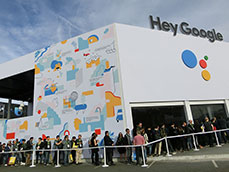 Google has an exhibition facility outside CES venue 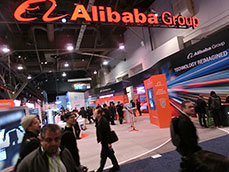 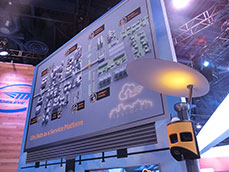 Continental, Germany exhibits equipment and systems that collect data throughout the town 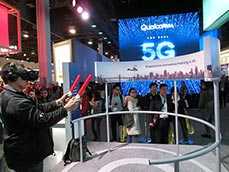 Qualcomm, a major semiconductors company is looking for a full-fledged introduction of 5G.

Now not only in the automotive field, but throughout CES 2019 as a whole, however sometimes it feels like a panoramic view.
It is the importance of data. The CES organizer explained that "We will move from the Connected Age of the 2010's to the Data Age in the 2020s."
This will lead to an increasing presence of Amazon, Google (parent company is Alphabet), Apple, and the Chinese IT companies, Baidu, Alibaba, and Tencent, who all have their own global cloud services. This time Google set up a large-scale exhibition facility outdoor and exhibited voice recognition technology while Alibaba also exhibited a connection between voice recognition technology and home entertainment.

In addition Continental from Germany installed equipment for data collection in the town to collect images, etc. and then devised construction of the data management system for the whole town including automobiles and public transportation. In the past automotive communications and data formats used names such as V2I, V2V, and V2X, but in the new data period of the 2020s automotive related data is likely to be used not only in the automotive industry but also in society as a whole.