Articles for ITS market Trend of EV shift and consumer demands 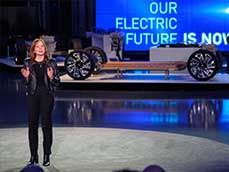 General Motors (GM) announced their new generation EV platform on 4th March 2020. They are going to launch their new EV system for all their brands including Chevrolet, Buick, GMC and Cadillac for the 2021 model year. Considering the effect of COVID-19, it may be that their business plan will be affected. Firstly, I would like to highlight GM’s EV strategy.

The next-generation EV platform has a battery pack called "Ultium". "Ultium" consists of pouched lithium-ion batteries manufactured by LG Chem of Korea. A single battery is used as a cell to make a module. The module has a control system to manage the temperature of the cells. Combining these modules, it will be possible to have suitable shapes and proper electric capacity for each model of GM cars.

”Ultium” is a marketing term used by GM, and there would be no big difference from the EV structure used by leading automobile manufactures in the field of EV development.

The feature of “Ultium” is wider coverage of electric capacity. The coverage is from 50kWh to 200kWh of electric capacity. The Smallest one is for the second generation Chevrolet “Bolt EV” and the largest one is likely to be installed on GMC Hummer EV. GM had eliminated the Hummer brand back in 2008 by Lehman Shock. This time, they will revive the Hummer as a vehicle name, not a brand. 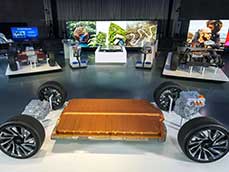 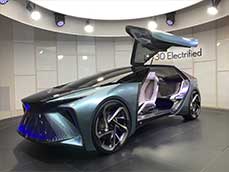 GM also announced that the price of battery cells is less than $100 per kWh.
Nissan, Volkswagen and others have not disclosed these costs, but it is generally noted that their costs are around $150.

In the first half of the 2010s, when GM started mass production of lithium-ion batteries in cooperation with LG Chem, they announced costs at $350 per kWh. Still, this was accepted as “surprisingly cheap” by people in the industry. The price has fallen to less than one-third in seven to eight years.

However, while exchanging opinions with people in the battery industry, most of the battery manufacturers point out the battery business alone becomes a deficit, this includes LG Chem, except for CATL which has an overwhelming share in China. LG Chem will aim for further mass production effect through their comprehensive cooperation with GM. 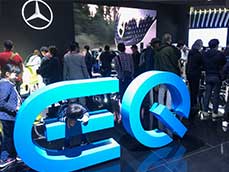 In the decade of 2010, Nissan leaf and Mitsubishi i-MiEV, the first mass product EV by major automobile manufactures appeared in the market. Starting with the Model S, Tesla has developed the luxury market of EV with their own strategy as a pioneer. In 2016, the Volkswagen Group proposed the EV shift in its midterm management plan. In 2019, the Chinese government implemented New Energy Vehicle (NEV) regulation, which is a practical enforcement to sell more EVs.

In the decade of 2020, the entire automotive industry is unlikely to accept the EV shift immediately, even though GM promotes the new EV shift.
The EV has only limited customers for a long period of time, even though the countries and local governments have created policies, giving priority to sales obligations and purchase subsidies. There is no consumer demand for EV, except partial demand including Tesla. GM’s EV shift has been interrupted by COVID-19. It might be used as a reason that the EV shift continues to fail. Currently, it is very difficult to predict the future of EV diffusion in the world market.