Articles for ITS market Expectation vs. reality：Autonomous Driving in Japan

Is the trend of autonomous driving over?

It is said that there is not much news about autonomous driving nowadays, and some people wonder if the self-driving enthusiasm is over.
In 2017, the experiment of “Google car” became a popular topic. However, in 2018 there were several fatal accidents related to autonomous driving. Due to these accidents, the safety had been questioned worldwide and major countries have changed their policy on autonomous driving. 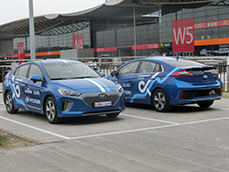 Hyundai Korea's self-driving car in collaboration with the Baidu Apollo 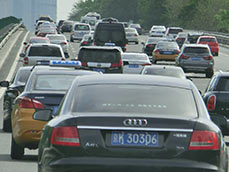 The highway in Beijing

The concept of autonomous driving in China

On September 15, Chinese IT giant Baidu explained the progress of the automatic operation plan "Apollo" at the annual meeting. They introduced the self-driving taxi of China FAW and the remote control capabilities in China. As a technical foundation, they utilize a high-precision 3D map and Chinese GNSS BeiDou for location information. Communication methods include 5G and the cloud, like V2I, V2V, and V2P with laser radar (ex: LiDar) and cameras for image recognition are also used. Looking at these capabilities, it seems that there is not a big difference from Japanese technology.

The difference is the role of autonomous driving in society.
Baidu aims to commercialize Level 3 and above autonomous driving by around 2025 in major cities. It is believed that this system would increase the efficiency of social mobility, facilitate economic activity, and maintain stable economic growth.
It is not just a business plan by one company, but a comprehensive city plan by the government.
In general terms, it can be said that China, where the government has power, is suitable for the practical application of autonomous driving. In order to improve the movement efficiency, national-scale traffic management will be required. Specifically, it needs to establish a dedicated road for autonomous driving or to install a speed limiter on Level-2 or lower vehicles for maintain a speed difference between different level vehicles.

However, in Japan, it is difficult to impose restrictions on the public for autonomous driving. Automakers explain that it is essential to comply with the legal speed at level 3, but there is almost no discussion about installing a speed limiter on lower capability vehicles.

The most important thing for practical use of autonomous driving is the social demand. Even if technology evolves, it will not be accepted unless people think they really need it.
To what extent will Japan pursue the "ideal" of autonomous driving? I would like to keep an eye on the future movement of the Japanese government.