Articles for ITS market From Infotainment to ITS, the competitive area is spreading in the car big data industry.

Why is AGL (Automotive Grade Linux) important in the automotive industry? 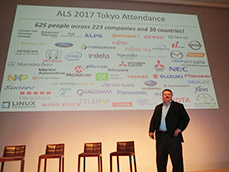 "Ladies and gentlemen, there is a big announcement today!"
AGL's director, Mr. Dan Carty, was all smiles on the stage.
The announcement was Toyota would do the initial mass production with their world strategic car, Camry, by the AGL-based software. AGL is an abbreviation for Automotive Grade Linux, a Linux Foundation project aimed at standardizing on-board software by open source. Since TOYOTA led the way by starting the AGL project, the annual developer conference is being held in Japan and this year it was from May 31th to June 2nd in Tokyo. I am constantly covering AGL in the United States as well, and the developer conference because I think AGL is in an important development in the area of large data requirements in the car industry.

The AGL initiative was launched in the 2010s, while concrete discussions were started in 2013 and its history is not very long. Originally, AGL was suggested by a German and an American car manufacture. That's GENVIV. GENIVI discusses the concept of big data quite often, but they do not reach the stage where software is actually incorporated into on-board equipment, in fact, their activities are inactive.

Both AGL and GENIVI started with the original purpose to make the software programming become a standard with free open source in infotainment field. This is obviously a countermeasure against the business strategy by Google (Alphabet). 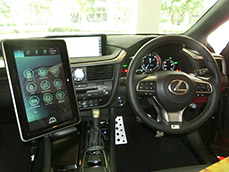 Inside the test car of Toyota Lexus 450h with AGL mounted. 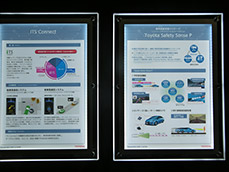 As well-known, Google has incorporated the Android OS (Operating System) in mobile phones and Google and Apple are the two largest OS supplier in the current smartphone. Android Auto (Android Auto) is the cooperation of the Android smartphone and OBE (on-board equipment). As a stepping stone, Google is aiming to make the Android become the de facto standard in OBE. Most recently the VW group and others announced expansion to use the Android OS in their vehicles.

AGL has been keeping Google’s market monopolization in check because they think the future way of in-vehicle OS should mainly be supplied by automobile manufacturers, automobile parts manufacturers and arithmetic device manufacturers such as semiconductor companies that actually commercialize software and hardware. As a result, TOYOTA Camry was selected as the world's first mass-produced car for the platform created based on consultation of companies participating in AGL.

After the announcement, AGL responded to the press. Many writers including myself, asked for the future of AGL. AGL started mass production in about three years from the start of production and since last year AGL has begun to mention that AGL system would be expanded to the area of the car centricity related to the motor performance such as ADAS (Advanced Drive Assistance System). However, regarding this question, I had an impression that AGL was not as aggressive as it was previously, they said, "It is necessary to reconsider car centricity such as autonomous driving because we think we should concentrate to the infotainment area." The reason for this is that the competitive environment in the big data area in ITS (Intelligent Transport Systems) is rapidly changing while the movement toward practical application of the autonomous driving is accelerating in various countries around the world.

What happens to the aggregation of big data in ITS? 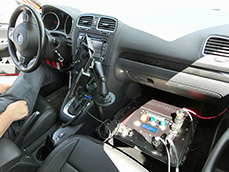 Inside of a data collection car to create a highly accurate 3D (three dimensional) map of Here, Germany. 2 TB of hardware is installed as a storage medium.

In the past, the idea of fusing was mainstream on analysis of big data in ITS based on VICS of traffic information system, location information in GPS, traveling situation of car in Japan, data in CAN (controller area network) connected to onboard CPU. People have tried to improve the accuracy of the big data analysis in ITS by improving communication environments such as inter-vehicle communication (V2V), road-to-vehicle communication (V2I), and inter-vehicle communication (P2V). However, with the advent of image recognition technology, based on artificial intelligence (AI) and deep learning, various stakeholders have emerged in the relationship between ITS and big data. In the past one or two years, the major semiconductor manufactures have invested huge R & D expenditures on this technology, and the de facto standard battle for hardware and software is intensifying. Even in highly accurate 3D (three dimensional) maps, the battle behind the scenes is active between Germany, the United States, and Japan government.
In the automobile industry, it is often said that big data is the key to next-generation technology. The word of “big data” is not defined and understanding in each industry is somewhat different. However, IoT (Internet of things), which is a concept crossing the industry, there is no doubt that it should be used seriously as a next-generation business strategy. In the automotive industry, which is entering a turbulent period, the workers in the automotive industry should now ask themselves, "What is the big data in the car?"