Articles for ITS market What happens to CASE when gas cars are banned in Japan?

Automotive industry is confused by the government announcement

“The 2050 Carbon Neutral policy” set by Suga administration is likely to accelerate the electrification of cars in Japan.

In December 2020, the government held the 5th Growth Strategy Conference and put together the plan aimed at economic growth. Among them, there was a suggestion that Japan should take positive action toward electrification for the worldwide market. In response to this some media reported that the government would make final adjustments toward the ban on gas cars in the first half of 2030. Afterwards the content was revised to "mid-2030".
I speculate that the government may have been asked by the automaker to revise the prospects for the start of regulation. At present, the government has not officially announced their policy.

On the other hand, during a Tokyo Metropolitan Assembly meeting, Governor Koike announced that they would aim all new car sales to be ZEV (Zero Emission Vehicles) by 2030. This is twice the number of the "Zero Emission Tokyo Strategy" announced in 2019 leaving automotive manufactures confused by this sudden announcement. 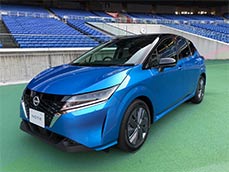 The new Nissan "Note" released in December 2020. The hybrid series e-POWER which uses the engine as a generator is adopted as standard equipment. 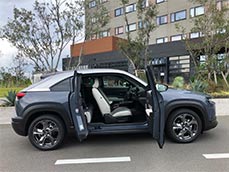 Mazda "MX-30" which appeared as a mild hybrid in Japan will be EV 2021, and range extender EVs that utilize rotary engines will be mass-produced.

Why is the regulation necessary now?

The reason why the government has enacted these policies on ZEV is that Japan lags behind Europe, America, and China in the field. Automotive engineers have thought that there would be steps for electrification, such as hybrid vehicles, plug-in hybrid vehicles, EV, and FCV. Moreover, Japan has a high penetration rate of hybrid vehicles at about 30% in the world market and has been proud to be the world leader in automotive electrification technology. However, the ESG investment which is considered not only a financial, but also Environment, Social and Governance aspects. And has become popular in late-2010smaking the electrification trend accelerate at astonishing speed.

Under such circumstances, the Japanese government has announced that they would make a major shift to electrification of cars. Certainly it can be expected to have a great effect on reducing CO2 emissions. However, the automotive industry considers these regulations too abrupt. 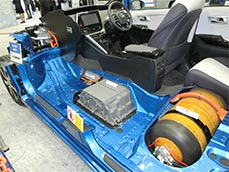 The internal structure of Toyota’s "MIRAI" 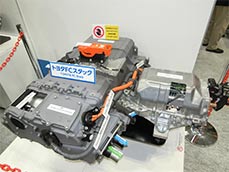 A fuel cell stack installed in the Toyota MIRAI.

How will it change CASE?

Since the mid-2010s, the automotive industry has been called "a period of change once every 100 years" and steadily preparing for changes in the times with an awareness of CASE (Connected, Autonomous driving, Shared / Service, Electrification).
Originally electrification is the easiest way to understand the technological progress of CASE. As mentioned above, it is easy to understand the path of technological evolution and market expansion. The automotive industry could easily draw a roadmap for research and development if the regulations were set to some extent.
However, this sudden announcement of the Japanese government, which should have been discussed carefully, has put great psychological and financial pressure on the automotive industry.

From another point of view, the idea of electrification creates a strong impression that it is pushing the replacement demand for gasoline-powered vehicles.
Ideally reducing the number of vehicles manufactured and sold should lead to a total reduction in CO2 from the manufacturing, energy, and transportation standpoint. The purpose of CASE is to optimize such a comprehensive relationship between the car and society.
However, I feel that only E in CASE is proceeding independently in these days.