Articles for ITS market Cyber Security and “AGL”, the new OS for automotive are hot topics in the connected car industry 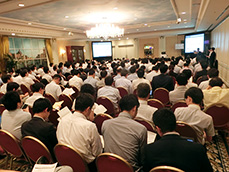 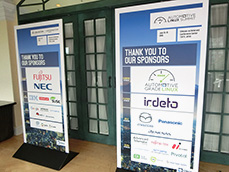 In conclusion, I felt the strong importance of the automotive architecture.

About a hundred different ECU’s (Electronic control unit) are deployed in cars today. The ECU is connected by a communication system called a CAN (Controller Area Network). This is an automotive architecture based system. The CAN automotive architecture had been certified for safety and stability. Until a few years ago all was well but lately security risks have been detected once vehicles connected to outside servers via the internet. In the future, V2I (Vehicle-to-Infrastructure) and V2V (Vehicle-to-Vehicle) will be the new standard and performance of autonomous car will continue to improve.

“We are taking the Tesla’s autopilot accident very seriously”
Many car manufacturers, car parts manufacturers and university professors voiced this opinion at the Autonomous Vehicle and ADAS Japan 2016 conference.

In May, a driver was killed when his Tesla model S crashed into truck while in autopilot mode in Florida. In June the NHTSA (National Highway Traffic Safety Administration) entered a full scale investigation but in July another autopilot accident in a Tesla X happened in Pennsylvania. Tesla’s autopilot belongs to a level 2 index of the autonomous drive which NHTSA indicates as able to change lanes automatically.

In the conference, some people show concern that Tesla’s so-called “Autonomous car” was an overstatement. Some people mentioned security threats from cyber networks because Tesla is providing a service called “On the air (OTA)” which can provide software changes from the cloud to car device directly.

In the discussion flow security vulnerabilities of the CAN (Controller Area Network) became a topic and some solutions were presented. For example, installing a gateway in front of the CAN to judge data and encrypted data availability. Some people said the CAN system should be switched to the Ethernet. On the other hand, there were opinions that CAN will be used for a while because of the cost, performance and accumulated technology. Regarding this topic, Bosch who developed CAN technology mentioned they will improve the ECU control technology for CAN. They would like to merge with the VCU (Vehicle Control Unit) and move many control functions into cloud.

AGL, a new OS for automotive led by TOYOTA 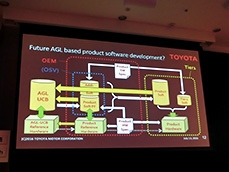 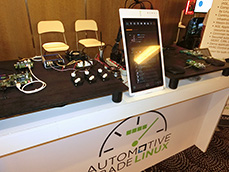 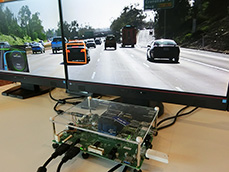 A programming demonstration for image recognition.

The next topic I would like to introduce is AGL（Automotive Grade Linux). Linux is an OS created in Finland during the early 1980s. The Linux Kernel, is a base of Linux influenced iOS and Android. Apple created CarPlay and Google developed AndroidAuto for a connection platform between in-vehicle equipment and the smartphone for infotainment.
Recently car manufacturers have been leading development for a new OS in this trend. In the beginning, GENIVI was established by mainly BMW and other Western car manufacturers. To compete against it the AGL project was set up by TOYOTA in order to develop the programming code. GENIVI and AGL have been competing for a few years but today many car manufactures and semiconductor manufactures agree with AGL because AGL is a better choice than GENIVI for deployment in the in-vehicle device.

At the Automotive Linux Summit 2016, the UCB 2.0 (Unified Code Base) of AGL was opened and the semiconductor manufactures showed some demonstrations for in-vehicle devices. For example audio volume was controlled automatically by the in-vehicle device, adjusting the car navigation guidance volume. The software can also control several car Bluetooth smartphone connections.
An AGL director mentioned their vision and said AGL will spread its activity area to the ADAS（Advanced Driving Assistant System). In the conference hall, RENESAS, a main member of AGL as well as TOYOTA showed a demonstration of their image recognition software using the in-vehicle computing platform called “R-Car H3”. They mentioned that the software will also merge with AGL in the future.

After covering all of these conferences it seems the competitive environment involving automotive architecture will become more complicated.