A new company for autonomous car is established by Japanese companies. 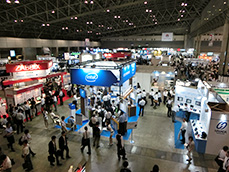 One IoT show held at Tokyo in June, 2016. There were many exhibitions of map information. 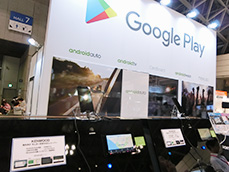 The exhibition of Google’s Android Auto. It is a system that connects smartphone to display audio. The date of release in Japan is unknown but Google wants to increase their share in the automotive map market. 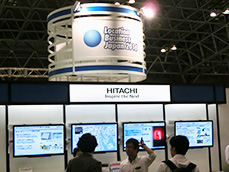 The HITACHI’s booth. There was an exhibition for the related partnership between HITACHI and Google. The company has couple of map products.

In Japan, there was a new topic regarding a map for the automotive industry.
On May 19th, 2016, the establishment of a company named “Dynamic Map Planning Co., Ltd” was announced. The company makes an original Japanese map for autonomous car.
In Japan, the development of an autonomous car named SIP (Strategic Innovation Promotion Program) is being led by the Cabinet Office, automotive manufacturers and universities. A high precision 3D map is being discussed a lot for the SIP. They are trying to make complex 3D maps, not based on 2D maps, but instead high precision 3D maps which are made by data gathered from LIDAR sensors and cameras.

Some map related companies are included in SIP. For example Mitsubishi Electric for measuring equipment, Pasco and Aisan Technology for software and Zenrin, Increment P and TOYOTA Mapmaster for map production. These six companies have been studying autonomous technologies and how to integrate dynamic maps.
The dynamic map has two kinds of fields. One is high precision 3D mapping field and another is a probe data field that contains a travel history and conditions provided by car. For an autonomous car the most important is understanding the car position and changes in the surrounding environment. Furthermore the updated information related to driving including traffic and weather and how they are used. They would like to make a “Live map” that shows the latest information by gathering and analyzing real-time data.

However in the autonomous car map business Here (company), TomTom and Google are trying to make their own map the de facto standard. Here (company) are from Germany, their background is that they were acquired by Daimler, BMW and Volkswagen in 2015. TomTom is from Netherlands and Apple is using their map in the iPhone. Google is part of Alphabet (parent company) and they are developing their own autonomous car technology. 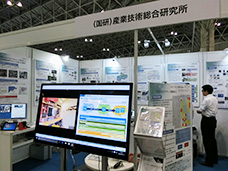 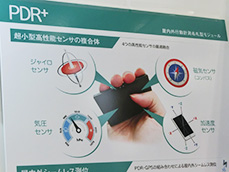 An example how to use ten-axis sensor on PDR (Pedestrian Dead-Reckoning). 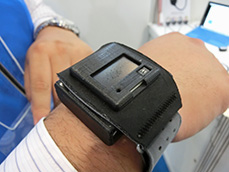 The wrist watch type PDR made by Mega Chips Corporation

Some people say “The importance of indoor tracking will become a larger factor in the discussion of autonomous car map business. This is because people think when the EV becomes very popular, people will drive indoors since there is no exhaust gas. In this case, Here or Dynamic map cannot be used once a car drives indoors and an indoor map will be needed. In a building the GPS or other satellites are not available so position needs to be measured by wifi or beacon systems. However these kinds of methods are only used in limited places like shopping malls or factories because of low popularity and utility.

In such a situation, PDR (Pedestrian Dead-Reckoning) is attractive as a technology for indoor position measurement. How can we measure a walker? It based on a ten-axis sensor composed of acceleration, angular velocity, magnetism, atmospheric pressure, walking motion measurement, velocity, posture direction and an estimate of the relative altitude variations. The benefits of PDR are the ability to track as lines, not points. The track is not like gathering many points but instead a continuous line including a form and curvatures.
In Japan there is a PDR Benchmark Standardization Committee and as of May 25, 2016, more than 30 companies and organizations are joining it. For example, Asahi Kasei, Asia Air Survey, KDDI R&D Laboratories, Kokusai Kogyo, Sharp, Hitachi, Ricoh etc.
MegaChips Corporation, a semiconductor manufacturer has already developed a dedicated semiconductor complete with a power saving motion sensor. Another product developed by NTT Docomo and ZENRIN-Datacom supplies an application named “Docomo map navigation” which can navigate underground or in subways.

Achieving an autonomous car that has no barriers, inside or outside

Currently a PDR that supports autonomous cars has not been developed but in the future there will be a Wi-Fi or beacon connected PDR that can achieve measurements for both indoor and outdoor positions using one device.

I think autonomous cars like sedans, minivans or other large vehicles like buses will be limited to driving indoors including indoor parking, etc. On the other hand, the autonomous vehicles like unmanned Segways and TOYOTA’s Winglet or ULV (Ultra Lightweight Vehicle) is planned for PDR standardization by the Japanese government and will have a larger indoor presence than the former.
I would like to see an advanced autonomous vehicle demonstration that has no barriers inside or outside in Tokyo Olympics, 2020.