What will change in the Japanese automobile industry in 2020?

Looking, the relationship between the automotive industry and new technologies and services such as CASE (connectivity, automated driving, sharing, and electrification) and MaaS (mobility as a service) increased from 2010-2019.
In January 2020, at the New Year's meetings such as the Japan Automobile Manufacturers Association and the Japan Auto Parts Industries Association held in Tokyo, The opinion is that "2020 will introduce the era of social implementation of CASE and MaaS".
So what is the new direction for the Japanese automotive industry in 2020and beyond?
In my opinion, there are three things as shown below. 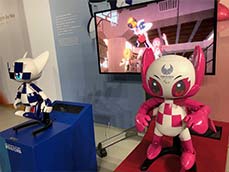 Exhibition on the Tokyo Olympics at the Tokyo Motor Show 2019 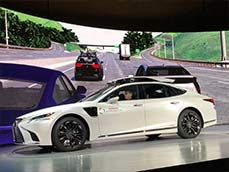 An exhibition on Toyota's automated driving technology. At CES in Las Vegas, USA

The Olympics will be held in Tokyo for the first time in 56 years.
At the same time various demonstration tests on next-generation vehicles will be conducted on expressways in Tokyo and around Tokyo. Of interest are automated driving demonstration tests by automakers. The SIP (Cross-ministerial Strategic Innovation Promotion Program) launched by the Japanese government in 2015 has a strong importance during the first phase and until its final phase. For positioning information they utilize dynamic high-precision 3D maps and the Quasi-Zenith Satellite System, which is widely available all over Japan. As automakers they have been pushing for practical use of automated driving in Japan based on the concept of a cooperative areas that transcend business boundaries. A variety of hardware utilizing automated driving including passenger cars, commercial vehicles, heavy trucks, buses, and small mobility has been developed.

Another challenge is how to implement an automated driving project as the second phase of SIP. Also called post-SIP, it effectively refers to measures taken after the 2020 Tokyo Olympics.

In the second phase of SIP the company is aiming for social implementation of automated driving in a society that uses big data, utilizing 5G (5th) generation communication. To do so it is necessary to install 5G-related hardware infrastructure. The government has proposed a plan to install 5G data transceivers on 210,000 traffic signals nationwide by 2024. As for the installation cost a public-private partnership (PPP) that combines public and private funds is suggested, however no concise implementation plan has been determined.
Automakers still believe that infrastructure investment should be borne by public funds or highway-related companies. For this reason it is difficult to draw concise plans for utilizing big data in the second phase of SIP.

In the worst-case scenario, the 2020 Tokyo Olympics may fall into a state of inflection, with all-Japan peaking in automated driving development.

Looking at the world, the US presidential election is the key. Who wins the next US Presidential election will have a major impact on CASE and MaaS in the global market.
In other words, between the current Trump administration and the previous Obama administration there has been a major shift in next-generation vehicle-related policies.
Will this policy be inherited and create further changes?
Or will the Democratic Party take power and return the policy of four years ago?
To give an example, regarding the electric vehicle (EV), the Obama administration has provided a huge amount of public support to private companies for the development of EVs and lithium-ion batteries under the Green New Deal policy. However, in many cases, the business was not continued and was virtually bankrupt, or acquired by a Chinese company. It was also pointed out that the company was not appreciative of public funding. 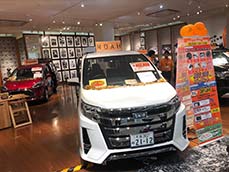 Toyota dealers shake at all stores and all models

May 2020, all models of all Toyota stores joint sales

Returning to Japan again, a major turning point for the automotive industry is the joint sales of all models at all stores at Toyota in May 2020. Currently, it is a virtual reorganization of the four Toyota sales channels.
At the same time in April 2020, Toyota's 33 parts distributors, Toyota's parts sales network and Tacti, a Toyota-owned company that conducts aftermarket equipment sales business called James will be merged.
This is the largest event ever in the automotive distribution world and has caused a huge ripple among industry stakeholders.
The effects are likely to affect distribution companies other than Toyota.

I will continue to cover the details of these three key points.