Articles for ITS market MaaS and CASE, how would automotive industry change after COVID-19? 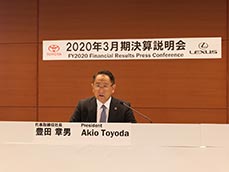 Toyota announced on May 12 that their annual sale volume will be decreased 22% when compared with the previous year. Meanwhile Woven City, their new generation project, will be started in 2021 without any changes to the original plan.
They emphasized that "stopping, changing and continuing" should remain as the solid company policy. Under the influence of COVID-19, not only Toyota but many other automotive manufacturers executed the "select and concentrate". How will next generation technologies and services such as MaaS and CASE change after COVID-19? I would like to add some contemplation for each field. 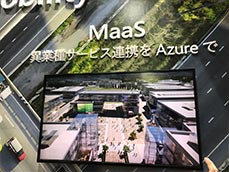 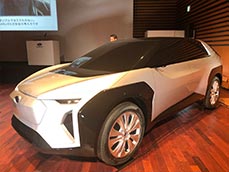 EV’s design model
Under development by Subaru and Toyota

Contemplation of MaaS and CASE

Before and after the state of emergency declaration, people‘s mobility data had attracted much attention as an effective tool to measure changes in the congestion. Up until now, MaaS has been focused on combining public transportation such as trains, buses and taxis. However, it is expected that now the importance of MaaS will increase as a public service including private cars.

There are people such as medical personnel who must continue working. They have avoided using public transportation and chose cars to prevent infection. Even without having a private car, people can drive a car when needed by simply using a car sharing service. In fact Toyota and Honda launched a subscription service of used cars during the time when people had to stay home. Consequently it is likely car sharing services will continue increasing.

The tightening of CO2 emission regulations by the US ZEV, China's NEV policy and the European Green Deal policy is expected to remain unchanged after COVID-19. Some automotive manufactures will aggressively introduce the EV systems into production.