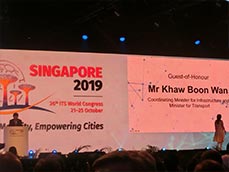 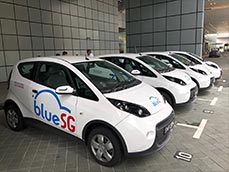 Singapore's EV sharing car lined up outside the conference venue 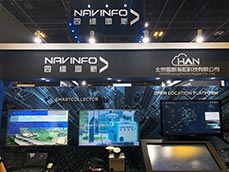 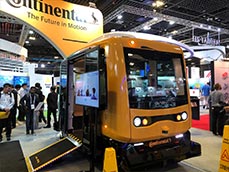 The ITS World Congress is a world meeting where stakeholders from all over the world meet to discuss ITS (Intelligent Transportation Systems). This year it was held in Singapore.
The number of registered registrants reached 10,000, of which 6500 are foreign residents.

The conference incorporates a planetary style session where 300 to 400 people participate and where about 100 people participate and delve into the technology and legal development of each department.
In the session there were many agendas related to so-called CASE (Connectivity, Autonomous, Shared, Electric). These include communication connectivity, automated driving, sharing economy, and EV (electric vehicle).
There is also an impression that discussions about road infrastructure and city planning, which are often handled at the ITS World Congress, have deepened.
The author focused on sessions including autonomous driving, MaaS (Mobility as a Service), and urban planning. The author was interested in MaaS-related sessions regarding monetization potential.

There is currently no clear definition of the MaaS theory. In general, the degree of transfer freedom is improved by utilizing public transportation such as railways, buses and new transportation methods such as ride sharing. To utilize the user can use a personal device such as a smartphone with the usage fee being a flat rate “subscription”.
Under such conditions various MaaS demonstration tests are being conducted around the world. However, there are few achievements that lead to a profitable business model.
To overcome this situation, Singapore LTA (Land Transport Authority) held a MaaS global special session forum for half a day.
In this discussion, examples of successful cases from the City of Los Angeles, California and the Department of Transportation (DOT) in Washington, USA were introduced. However these areas have larger income levels such as corporate tax and personal income tax. There is also a large interest to actively invest in MaaS. Moreover, because it is developed as a public project, its business model is basically as a non-profit .

In MaaS demonstration tests in Germany and Finland, the author reaffirmed that there are few public transport stakeholders in both regions, making it easy to build a data platform for MaaS. Eventually MaaS will alleviate traffic congestion by increasing traffic efficiency in urban areas and reduce the situation that delays development of the local economy.
Alternately, MaaS from a small population area also participated in the discussion during another session. In this case study it is difficult to make similar and stable income compared to urban areas. Most cannot exceed the local government and public works framework. There is a strong impression that NPOs only make social contributions.

In fact, as an evolutionary ambassador for Eiheiji-cho, Fukui Prefecture with a population of 18,000, I am continuously discussing the regional version of MaaS with Fukui transportation operators and local residents. I constantly feel the difficulties when trying to influence them. 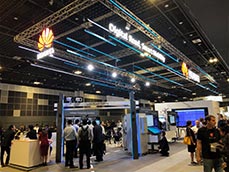 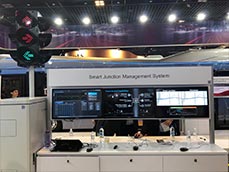 Aiming to become the de facto standard, the Chinese lineup will increase its presence

For a different perspective, take another look at this ITS World Congress.
China, where the number of cars sold this year has been sluggish due to the US-China trade friction issue ITS is deepening cooperation with government agencies and companies in other countries with a medium to long-term view as a national policy.
Since ITS is deeply related to IT technology, it has been thought that BAT (Baidu, Alibaba, Tencent) called China IT Big 3 continues to be a big presence.
However, looking at the movements related to ITS in China since last year, including the ITS World Congress, BAT is providing support for the ITS business. Is is not the front stage, such as providing a base for digital map information. Instead of BAT, Huawei, a major communications infrastructure including smartphones, ST Engineering and a major heavy industry are appearing on the ITS World Congress stage. Speaking of Japan, ST Engineering is a huge company that is a fusion of Mitsubishi Heavy Industries, Hitachi, Toshiba, Fujitsu, etc. It is engaged in businesses related to railways, military demand, and road infrastructure. I participated in a joint session between ST Engineering and Huawei and felt the cooperation between the two companies was quite strong.

What they emphasized in the presentation was building a data platform for MaaS. They aim to become a de facto standard that uses common APIs and cooperates with various operators in China.
The most important thing in commercializing MaaS is to ensure a stable supply of data platforms. In Japan, the MaaS data platform has been discussed with the participation of Eiheiji Town in the demonstration of the “Smart Mobility Challenge”. This is jointly conducted by the Ministry of Economy, Trade and Industry and the Ministry of Land, Infrastructure, Transport and Tourism since FY2019. However, currently no solution has been found.
Under such circumstances, China, which has extremely strong government leadership, is currently promoting a strong lineup that puts Huawei and ST Engineering together while minimizing BAT. I feel a bit uneasy about the future of Japan’s influence.
I will continue to cover MaaS and ITS in various parts of the world and in Japan while considering the future of Japan’s society.